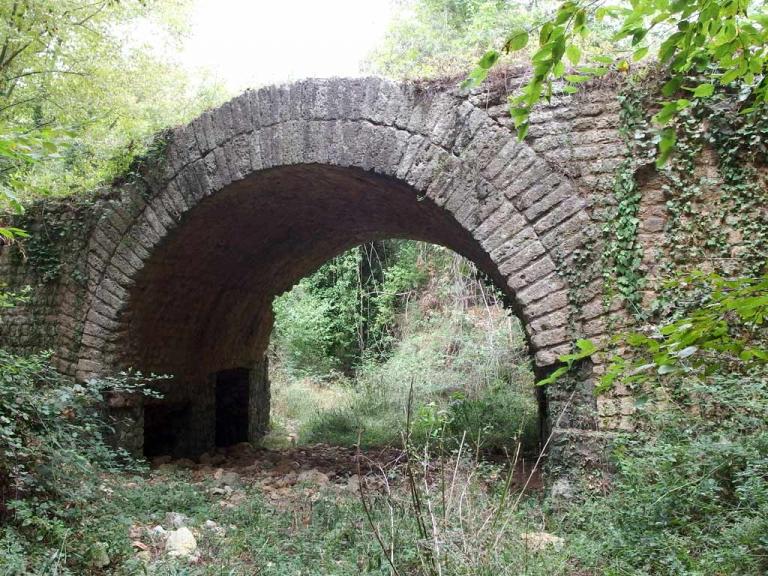 After the village of Verzi, at the bottom of Pia Valley, you can find the Roman road going into the Ponci Valley. Te way Julia Augusta (13-12 BC) connected Piacenza to the South of France and was developed in an internal path in order to avoid the cliffs of Capo Noli. From the Magnone pass, the road brought towards Finale Ligure: in the Ponci valley you can still see five Roman bridges, which allowed the crossing of the river.

Particularly remarkable the so-called "Ponte delle Fate" (Fairies'Bridge), next to the homonymous cave, which is practically intact. Well preserved are the third and fourth, respectively, said "the Voze or Mute" and "Water." Of the second, called "Sordo Bridge", there is only retains of its ramp, while of the fifth ("Magnone Bridge") there is just a part of its arch.