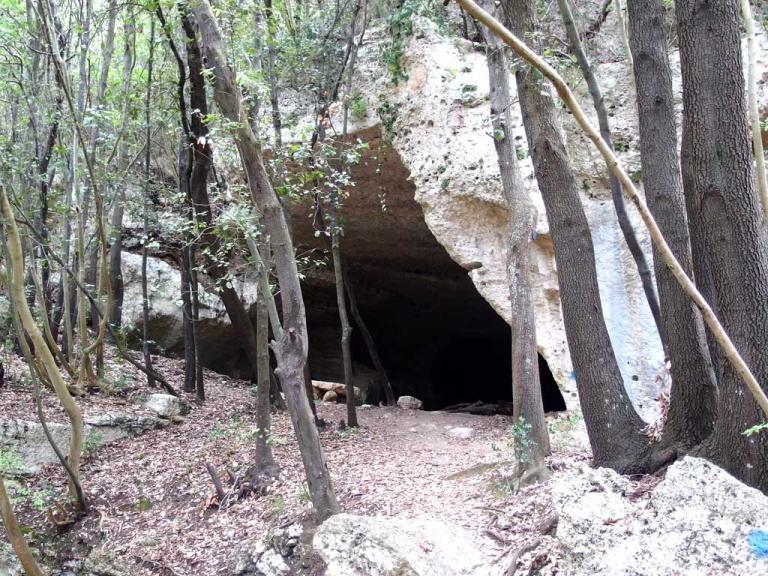 Walking northbound in Val Ponci, towards Colla di Magnone, shortly after passing Ponte delle Voze branches off to the right a steep path through the woods leading to the remains of quarries used by the Romans to extract the blocks of "Pietra di Finale" (Finale's stone). Stone was used for construction of bridges on the via Julia Augusta.

The quarry, surrounded by trees in a suggestive context, are formed by three caves dug by hand by the miners, one above the other, easily distinguishable from natural ones due to their square section and the flat ceiling. On the walls you can still see the marks left by the chisel into the limestone rock. While the first cave, the lower one, is small, the other two are large, in particular the third that extends for several meters in the hill.