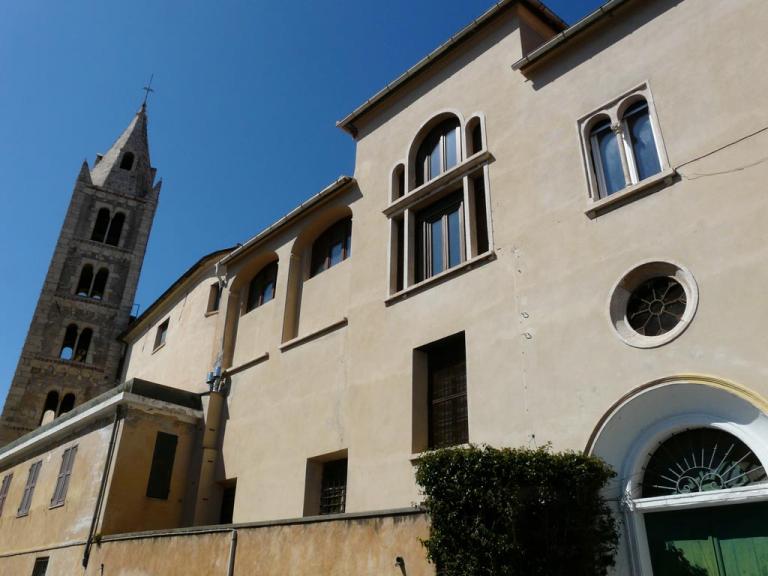 In the first half of the fifteenth century he lived a long time in the monastery between Antonio from Venice, the famous wood carver, who left a group of first-rate works (furniture of the choir and other minor items).

The Olivetan monks remained in Finalpia for three centuries, until 1799 when they were hit by successive requisitions the Napoleonic invasion. After alternate rotations between secular, olivetani and cassinensi, in 1905 the monastery was finally returned to Subiaco monks living there still.

More information:
Sanctuary of Our Lady of Pia