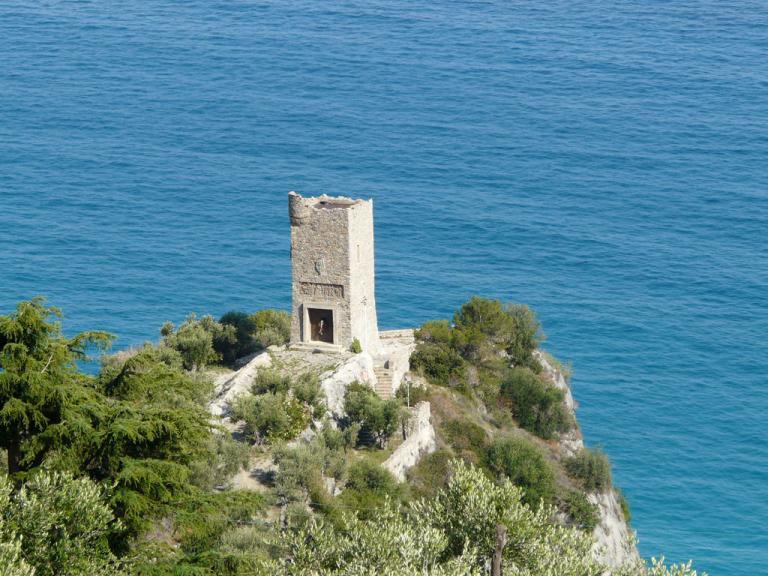 On the tip of Cape San Donato there is the mausoleum dedicated to Enrico Caviglia (1862-1945) , General awarded the title of Marshal for the business he conducted during the First World War . The tower , however, was conceived  as a lookout tower , to control the Saracens who from the year 891 to 972 brought terror to Liguria and Piedmont bringing destruction.
The tower is accessible from Le Manie , walking on the road overlooking the sea.