Our Lady of Loreto Chapel 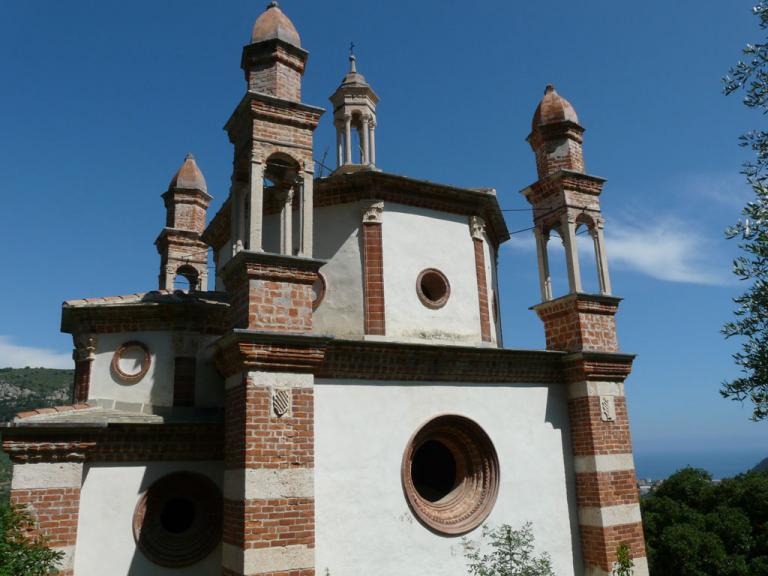 The Chapel of Our Lady of Loreto, commonly known as the “Church of the Five Bell Towers” is situated in a charming area close to Perti. This church is particularly important as it is one of the few examples of Renaissance architecture with late-gothic influences in Liguria.
Wrongly attributed to Bramante, it very probably dates back to 1488-1490, at the height of Finalborgo’s flourishing, and was built thanks to Cardinal Carlo Domenico Del Carretto. Its construction has clear connections to Lombard Renaissance architecture. An octagonal drum enclosing a hemispherical dome stands above the square church. Four big square stone and brick pillars strengthen the corners and above them rise four slender bell towers encircling the slightly taller central one. The windows of the church are round.
The use of bricks both for interior and exterior decoration is typical of the time.
Perti