The place of the shows 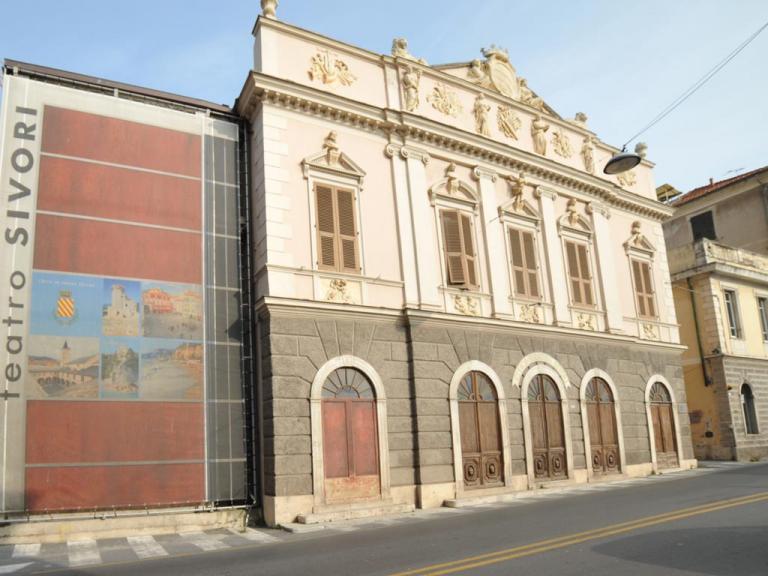 The Sivori Theatre was built to the design of Finalmarina engineer Giorgio Finocchio, fulfilling the long-cherished wish of Finalmarina inhabitants who, in 1824, had returned the hall they used for entertainments to the Ghiglieri College. Construction expenses were shared by the Municipality and the most important families of the town. Decorations were made by Antonio Brilla (1813-1891), famous Savona sculptor and by artist Luigi Baroni, a specialist in ornate ornamentation. Mario and Giuseppe Moscino created the scenery and the famous painter Giovanni Quinzio (1832-1918) designed the curtain.
The seating-capacity was 400 (three tiers of boxes and a pit).
The theatre was dedicated to Camillo Sivori (1815-1894), Paganini’s only pupil, and an internationally known virtuoso and concert performer, who inaugurated it with two concerts in December 1868. For many decades the Sivori Theatre was the ideal hall for any kind of cultural activity: prose shows, opera seasons, concerts, operettas, meetings, carnival balls, film shows, conferences and so on. Among the artists who were on stage there were: Riccardo Stracciari, Lina Pagliughi, Antonietta Stella, Vittorio De Sica, Marzari and Sorrentino.
The Theatre was declared unfit for use and closed in 1956. It is now being restored (the work began with the roof and the façade) under the direction of architect Ettore Piras, whose aim is to return the building to its ancient splendour, while providing it with all the necessary facilities.